First given in 1909, Grey Cup Canada is awarded to the team that wins the Canadian Football League Championship. Gray Cup itself is a championship, with different festive events taking place, including fan festivals, parties, gala concerts, and a lot more.

The University of Toronto Varsity Blues were the first to win the trophy which was commissioned by British nobleman Albert Henry George Gray. The chalice is just 33 cm long, and wood was initially used to make the base. Today the trophy is made of a silver alloy (sterling silver).

Two clubs competed one against another in 1909 – the Parkdale Canoe Club and the University of Toronto Varsity Blues. The Varsity Blues won against the Toronto Argonauts and the Hamilton Tigers in 1911 and 1910 respectively. The championship was cancelled during the First World War as well as in 1919. Only three university clubs continued to compete during the 1940s – the WIFU, ORFU, and IRFU. During the Second World War the Western Interprovincial Football Union and the Ontario Rugby Football Union discontinued operations. In 1989, the Hamilton Tiger Cats were defeated by the Saskatchewan Roughriders. The play is considered one of the best in Canada’s football history. Interest declined in the following years, resulting in financial difficulties. Thanks to the Friday Night Football program being launched in 1997, the league was saved and managed to achieve financial stability over time. 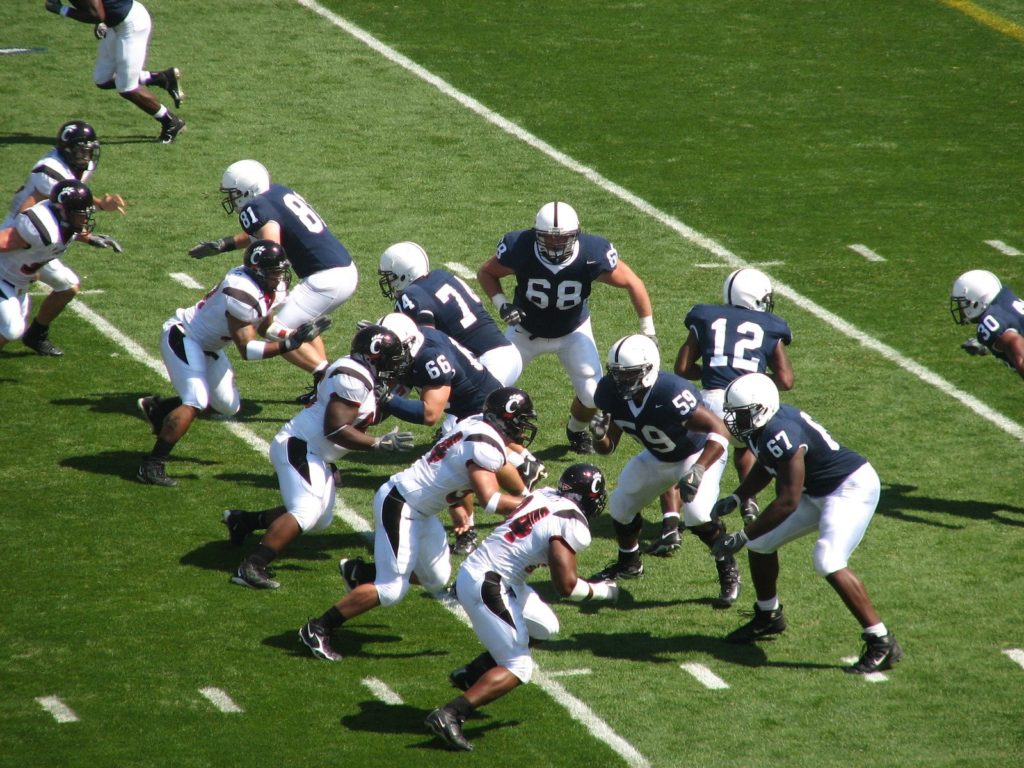 The list of winning teams during the 1920s and 1930s includes the Hamilton Tigers, Toronto Balmy Beach, Queen’s University, and Ottawa Senators. Amateur teams also played over the years, some of which are now defunct. Examples include the Winnipeg Tammany Tigers, Hamilton Flying Wildcats, and Ottawa Rough Riders, among others. Some of them made a single appearance while others – 8 to 15. When it comes to attendance, numbers varied substantially throughout the years, from less than 3,000 to close to 70,000. In 1993, the Canadian Football League expanded to include five teams from the U.S., including Baltimore, Memphis, Birmingham, Shreveport, and San Antonio. They joined the Southern Division. There were eight teams in the Northern division, including British Columbia, Edmonton, Calgary, Winnipeg, Toronto, and others. It was in 1994 when a U.S. team made it to the final (the BC Lions played against the Baltimore CFLers and won). In 1995, the Baltimore CFLers played in the final and won against the Calgary Stampeders. This was actually the first time when a U.S. team won the championship.

Teams that were awarded the Grey Cup trophy include the Montreal Alouettes, Calgary Stampeders, Hamilton Tiger-Cats, Winnipeg Blue Bombers, Edmonton Eskimos, and Toronto Argonauts. The Ottawa Redblacks last won the Grey Cup championship in 2016 and have 1 loss and 1 win. The Saskatchewan Roughriders last won in 2013 and have a total of 15 losses and 4 wins. The Toronto Argonauts, which have the largest number of wins, have 6 losses and 16 wins in total. Host cities include Hamilton, Toronto, Ottawa, Kingston, Sarnia, Montreal, Vancouver, Calgary, and others.

Held in Lansdowne, the Gray Cup Festival is not to miss. Lansdowne is a nice retail and entertainment venue with plenty of sports facilities, a cinema, pubs and restaurants, shops, landmarks and historic sites, and a park. The festival itself features a host of exciting and fun events such as concert series, the awards and rev-up party, the family fun zone, and a lot more. The festival turned into a week-long event in 1948, becoming one of Canada’s most watched sports-themed events.